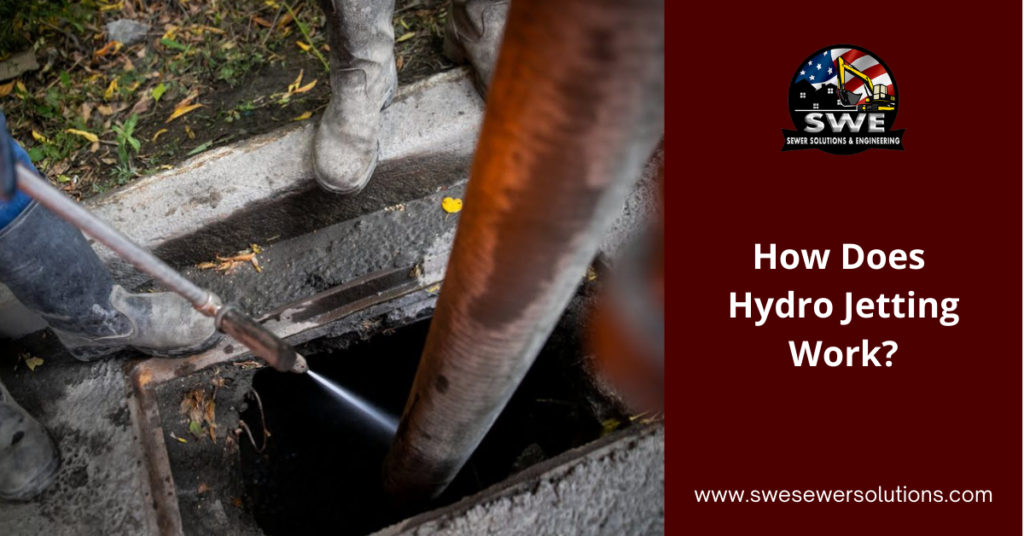 How Does Hydro Jetting Work?

If you are a homeowner or have dealt with a cracked pipe before, you know the frustration of handling the effects of sewage backup like improper drainage, decreased water pressure, and contaminated water.

Typical pipe cleaning solutions can come up short of fixing the causes of some of these problems. Many people turn to DIY solutions to combat these problems and resort to pouring down copious amounts of drain cleaner to not much success.

If you have tried all the easy solutions to your problems, then hydro jetting might be the ingredient you are missing. Hydro jetting is a pipe cleaning process in which water jets fire water at high-speed, removing debris and buildup from the inside of pipes. Consider this quick and comprehensive wall-to-wall professional pipe cleaning solution.

Finding an effective solution to sewage costs is important because the costs associated with water and sewage continue to rise.

An average family of four uses 400 gallons of water every day in the US. An interesting fact is because of rising sewage costs, the cost of your sewer bill can sometimes exceed your water bill, meaning it costs more to get rid of water than it costs to acquire it.

Dealing with rising costs means that they will have fewer resources to handle the critical maintenance work to stop major pipe cracks and buildups, only compounding the costs more as time goes on.

Performing preventive maintenance saves money over the long run. While some might complain of being unable to pay for this maintenance, there are much higher costs to eventually fix the problems when they become too great to ignore.

Luckily, several modern, innovative methods have been developed to lower the cost of preventative maintenance, one of those being hydro jetting.

There are many methods in the professional pipe cleaning tool kit, but perhaps none are as fast and thorough as hydro jetting. The process is a somewhat newer and more modern process that is effective thanks to advances in technology.

Before hydro jetting, plumbers would have to employ techniques to push debris through pipes, such as rodding, where plumbers would attempt to punch a hole through the debris to allow some water to flow through and hopefully break up the blockage.

These techniques were often very time-consuming, complex, and often temporary since not all of the accumulation was cleared, meaning that it would be less time until someone would need to come back to clean the pipes again.

In contrast, the newer hydro jetting technique can thoroughly expel all debris instead of just working around it. Because of this, it is becoming a more prevalent practice of pipe and sewage professionals.

How Does Hydro Jetting Work?

Hydro jetting is performed in several steps to ensure that it is done correctly. It isn’t as simple as flooding your pipes with water and out pops all of your problems.

Make sure you contact a professional and have them follow these steps to ensure the safest and most effective hydro jetting is used on your pipes.

First, to set the stage for hydro jetting, you must have an inspection on your pipes, preferably involving cameras, to ensure that all the troublesome areas are spotted.

The professional plumber will identify major blockages and areas where debris accumulates during this process. It is also crucial to figure out if older or weaker pipes will stand up to the intense pressure hydro jetting uses.

Not every situation will be a good fit for hydro jetting. Sometimes the right solution might be to replace the pipes with new ones that can support hydro jetting in the future. Short-term, it may be more expensive, but preventative maintenance will save you in the long run.

If everything checks out and the access points are located, the plumber will activate a 35,000 PSI hydro jetting machine and adjust the pressure to clear all that nasty buildup.

When the water starts running, the hose will move through the system and use gravity to flush it out of the end of the system.

Hydro jetting has some unique benefits that make it a popular plumbing choice.

The hydro jetting process uses the quintessential natural resource, water, making it cheaper and safer around places with people. You also don’t have to worry about leaks in the pipes flooding unwanted spaces with dangerous chemicals.

Hydro jetting clears debris down to the walls of your pipes, leaving no stone unturned. The thoroughness of the process ensures that you get the maximum value out of your cleaning and is an easy, one-stop solution to most problems.

When comparing hydro jetting to snaking a drain, hydro jetting does a much more complete and efficient job. Snaking a drain involves removing most of the debris, but it can miss residue on the walls of the pipes, leaving some of the job undone.

Snaking just can’t remove all the buildup. In certain places such as restaurants where cooking grease becomes stuck and impossible to remove, hydro jetting can overcome the stickiness and give the pipes a fresh, clean start.

Hydro jetting uses a renewable and safe resource for the environment: water. The water used is also recycled and reused, so it doesn’t significantly impact water sustainability.

Being environmentally friendly is especially important when work needs to be done by natural habitats. Chemicals and digging up the ground can disturb the natural environments for both plants and animals.

Since hydro jetting often doesn’t require any extra digging or chemicals, it is the perfect choice in those situations.

While Hydro Jetting is an excellent technique for professionals to use in many situations, it isn’t always the best choice.

There are situations such as when root damage is in play, or when the pipe is already severely damaged. In such cases, the high water pressure of hydro jetting would worsen the situation. Hydro jetting is best correctly utilized early on in the life cycle of a pipe or sewer system for this reason.

There is also a risk in hydro jetting if someone is not skilled enough to perform the process correctly.

For instance, the pressure of the jets can destroy waterproofing. If the pipes are not inspected first, there can be issues when the debris is only pushed and gathered into unseen places, which increases the potential for future problems.

If you are going to attempt hydro jetting, you should be sure that you leave it to someone who is experienced and can perform the process correctly.

The use of cameras to document the architecture of the inside of pipes will help eliminate these types of errors.

A proper inspection is the best thing to prevent the harmful effects of debris accumulation.

Hydro jetting is one of many tools you should consider when consulting a professional about habitually clogged pipes or low water pressure.

If your kitchen sink starts to smell or you hear gurgly noises, be sure to ask for a video line inspection to see if hydro jetting is something you need; your house will thank you.

What’s the difference between hydro-jetting and snaking a drain?

– Hydro-jetting uses highly pressurized water to clear out clogs in your drains. Snaking uses a metal wire wrapped in a coil that twists into your drains.

Does hydro-jetting work on tree roots?

– Yes, hydro-jetting can clear out any tree roots in your sewer line.

What can you remove with hydro-jetting? 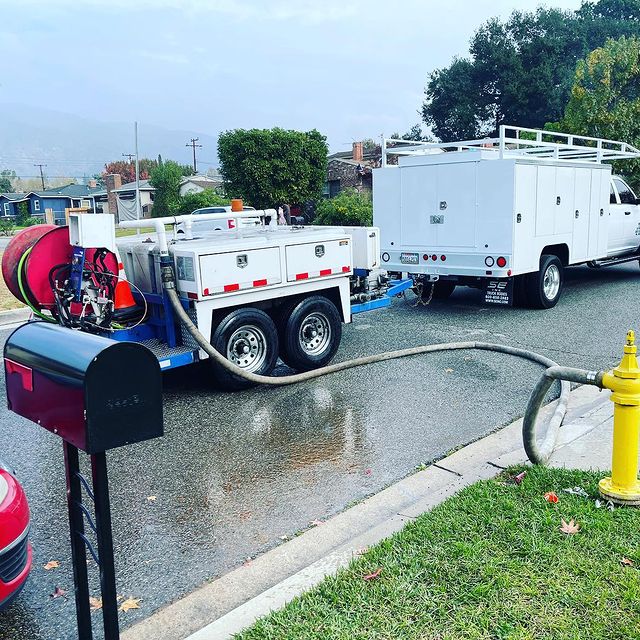